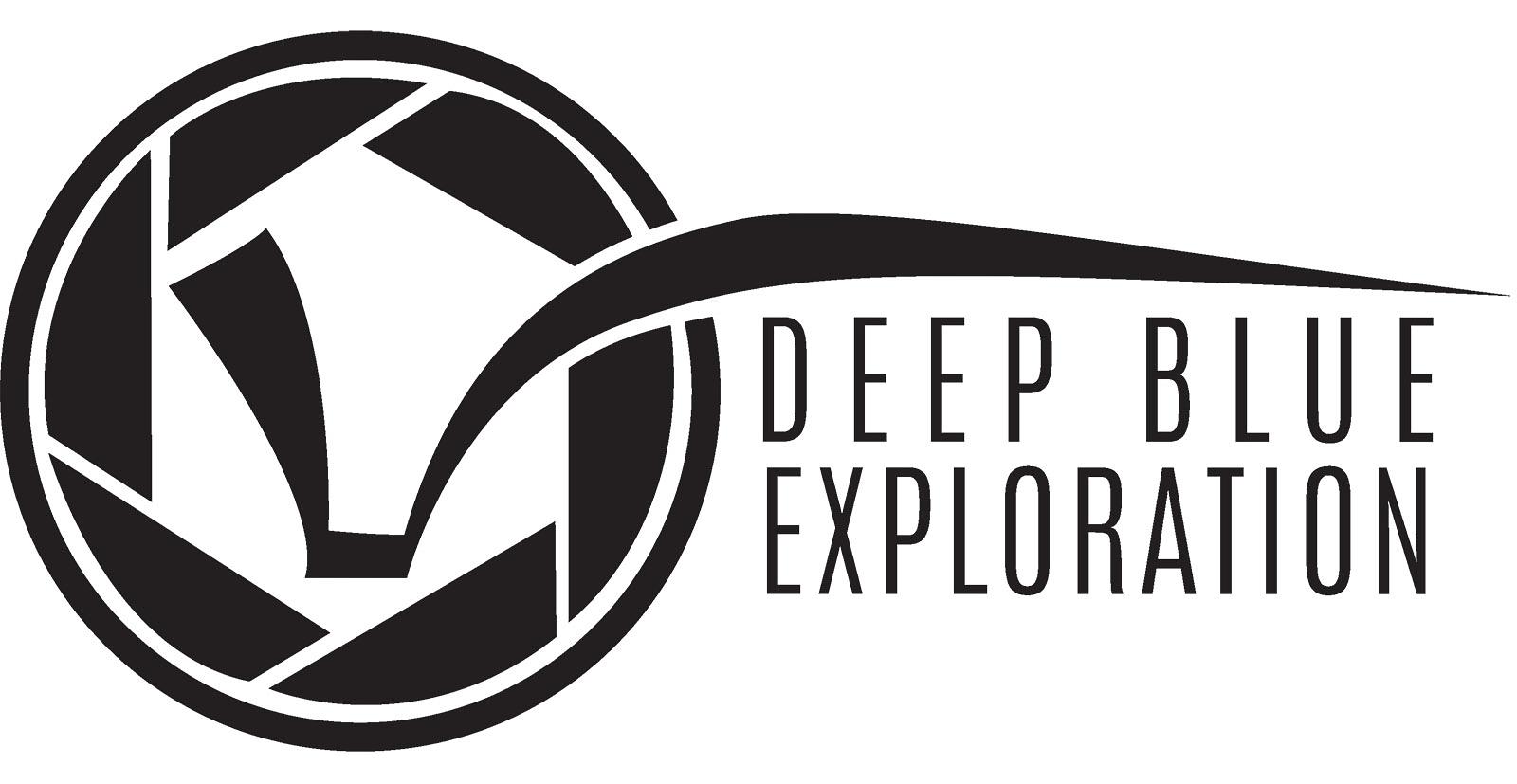 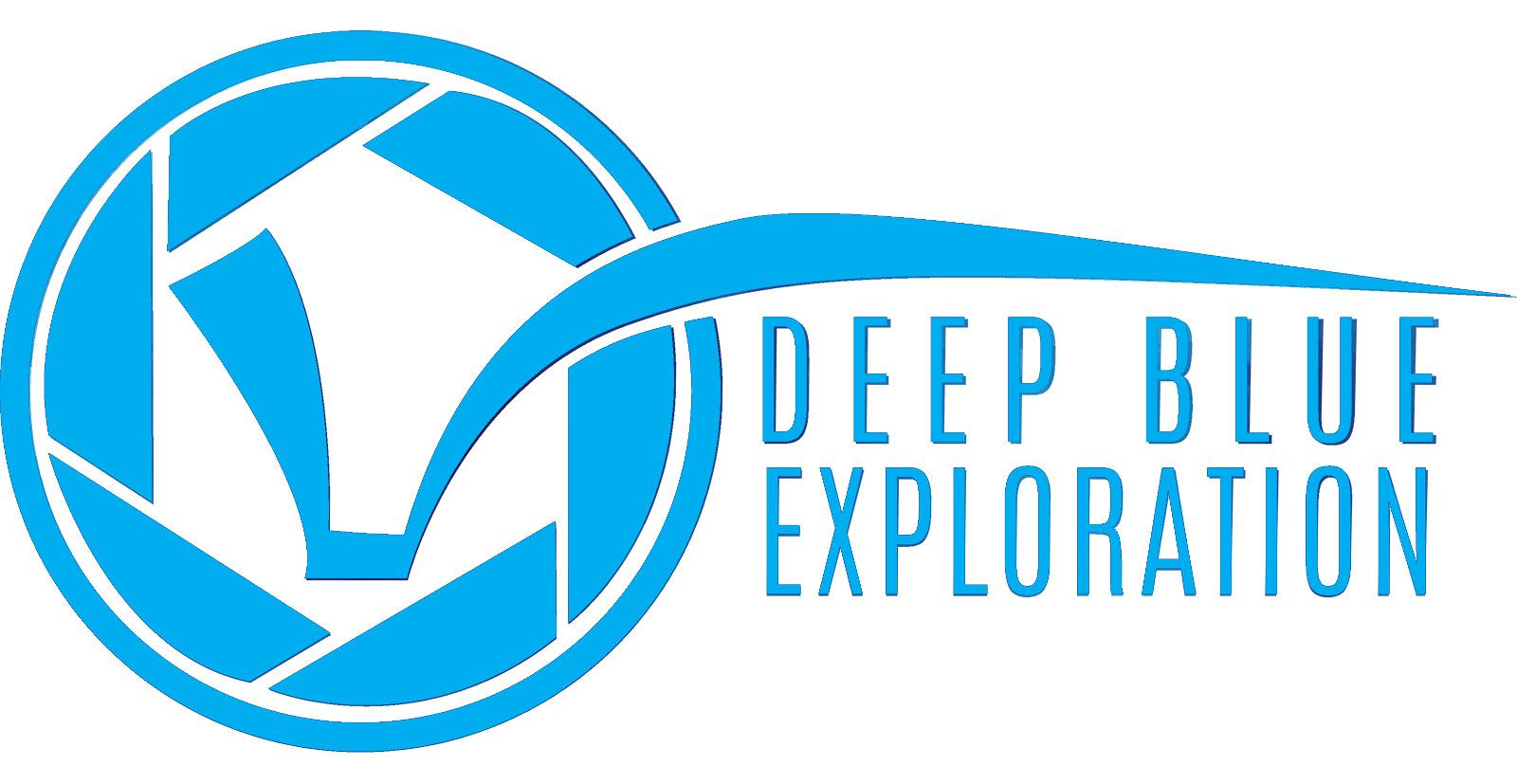 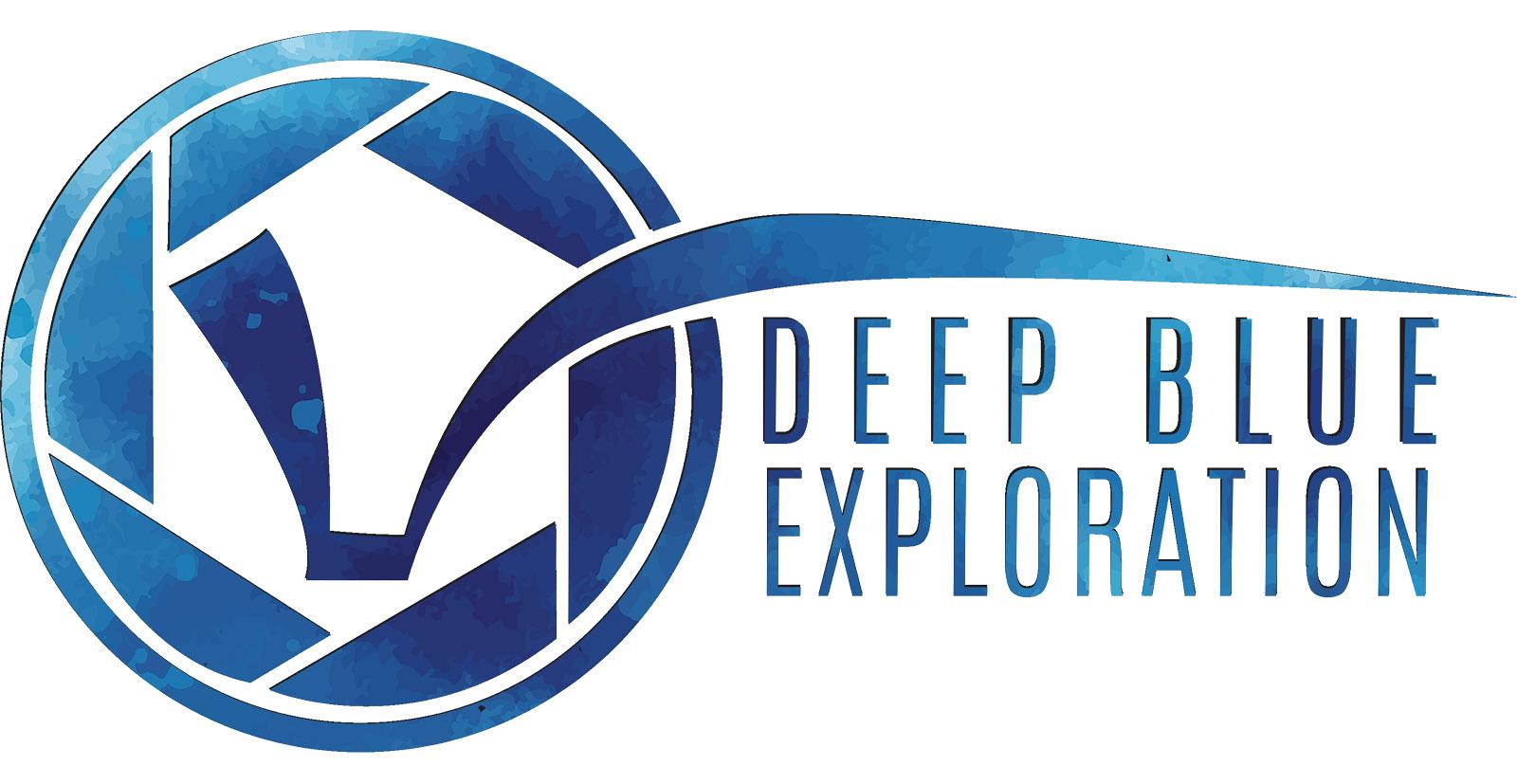 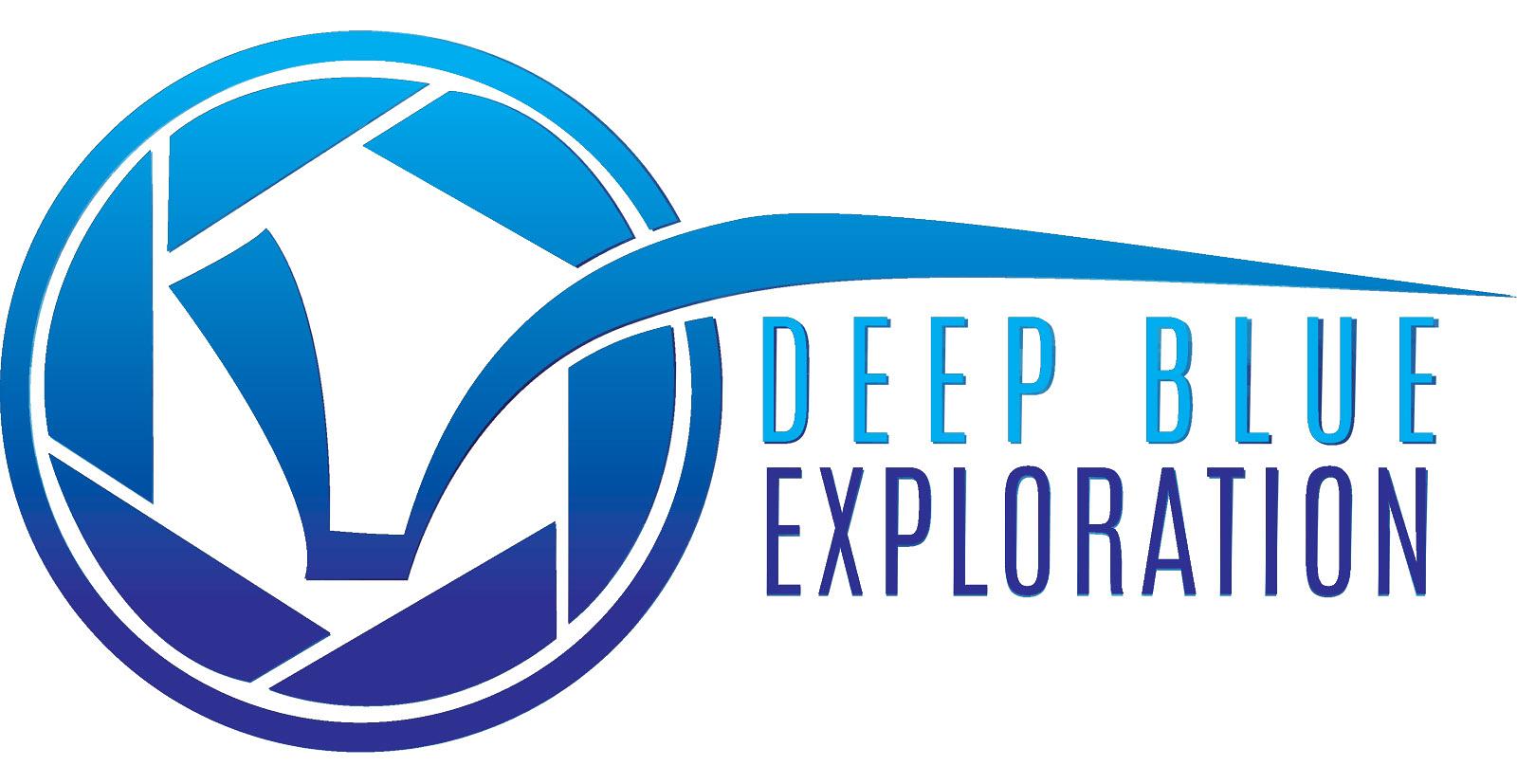 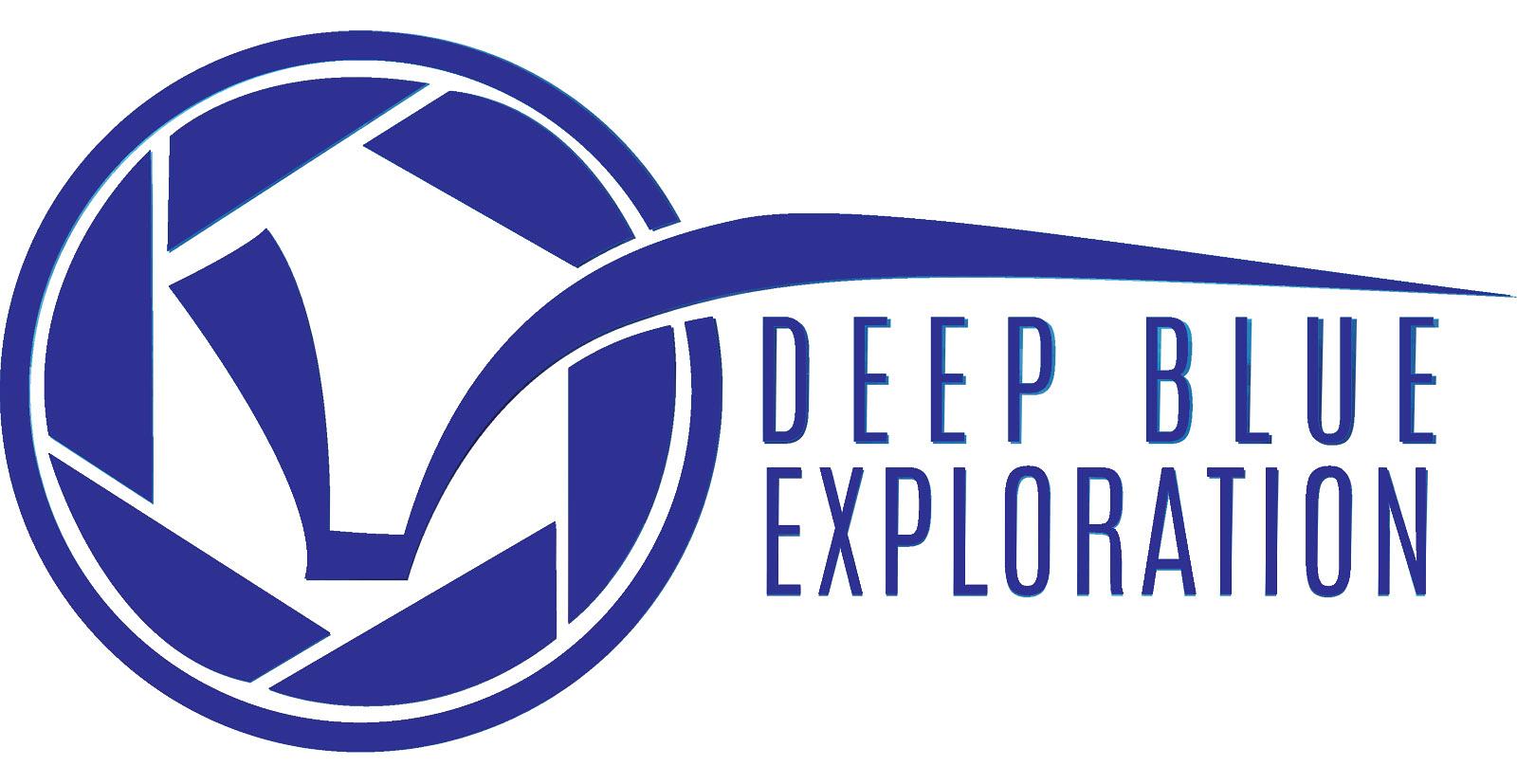 DBE is a multi-generational association made up of experienced rebreather divers and expert biologists in different fields, all passionate about the marine environment. This human diversity within the structure is an undeniable asset combining entrepreneurship, energy, experience and scientific rigor! 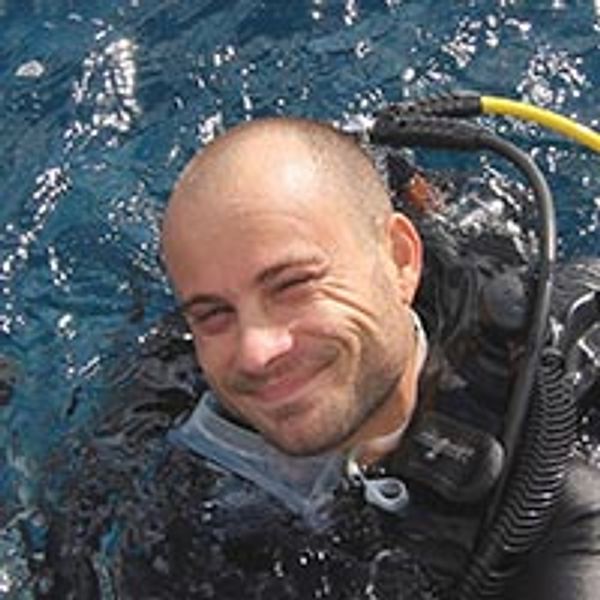 President of DEEP BLUE EXPLORATION, Class 3B diver, recognized underwater naturalist photographer (several prizes in naturalist photography competitions) over the last few years, he has been moving towards deep diving and the exploration of deep environments. Through his photos he tries to combine science and art in order to share his immersions and the reefs treasures. The quality of his photos is currently is put to good use by several taxonomists, with the aim of establishing biodiversity inventories of the Mahorese underwater fauna. 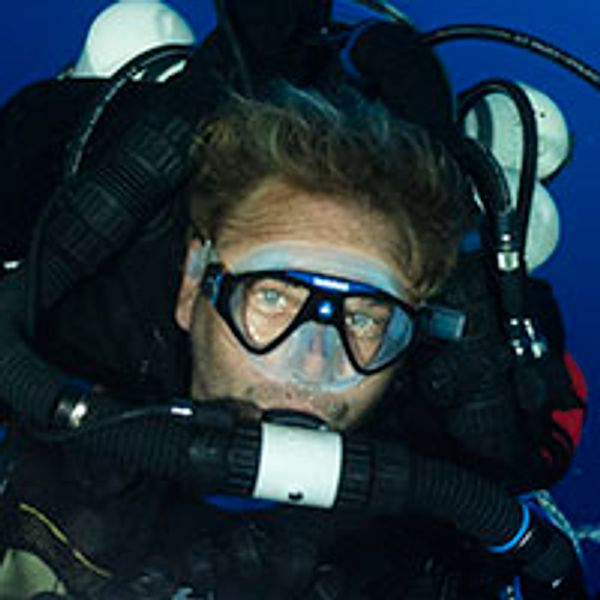 Diving instructor in Mayotte for 15 years, Class 3B diver and hypoxic trimix diver in a closed circuit rebreather. Diving supervisor, responsible for the organization and safety of all dives conducted as part of the activities of the Association. He is also responsible for the maintenance, production and analyzes of the various gases and mixtures required for deep diving. He is one of the founding members of the Association and he contributed to all the discoveries of the organization. He is also involved in data collection, biological sampling and underwater photography. 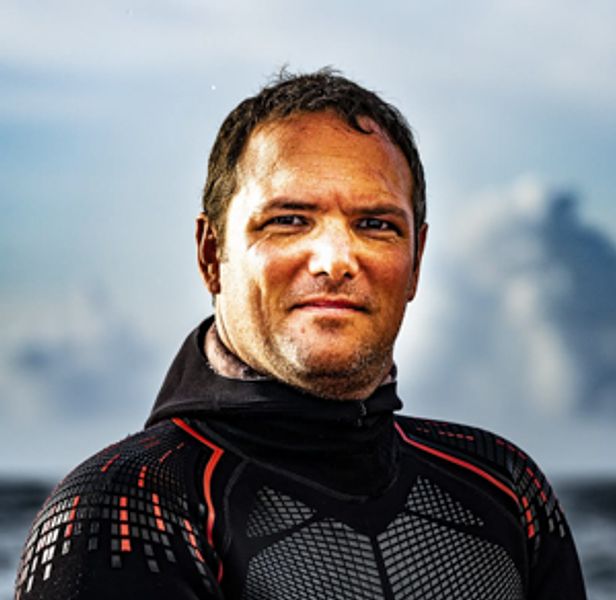 An engineer by training and Class 3B diver, Camille discovers the world of diving in 2008 in the Mediterranean. In 2011, during a visit to New Caledonia, he discovers the closed circuit recycler technique with Patrick Plantard and he realises the possibilities offered by this type of diving equipment. Initially an amateur photographer, he decides to switch to video in 2016, to bring another dimension to the after-dive experience. He has participated, as a sampling diver, in the AMAZON REEF expedition with GreenPeace in September 2019 off the coast of Guyana. 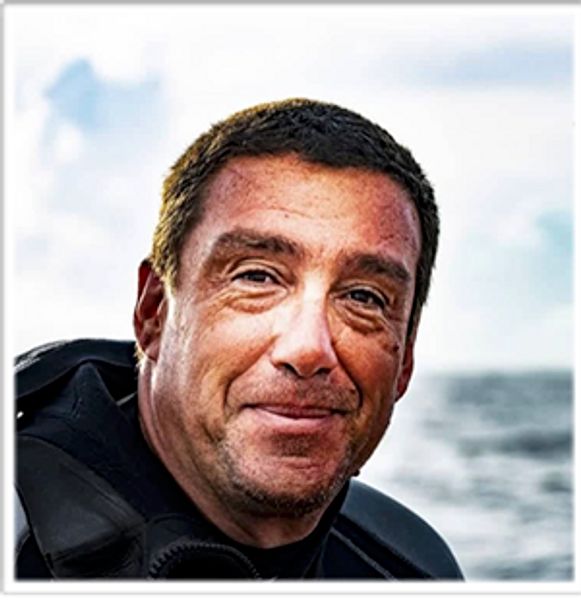 Closed Circuit Rebreather Instructor Trimix Hypoxic and Class 3B diver, Patrick began diving in 1977 at the age of 11 and has been certified since 1994. He first worked as a diving instructor on the island of Reunion, followed by Rangiroa in French Polynesia, where he became an advanced Trimix rebreather instructor in 2007. He started organizing exploratory dives in the mesophotic zone in Polynesia, and from 2011, in New Caledonia. Back in Reunion, he now explores the depths of the Indian Ocean. He is passionate about underwater fauna and practices photography, which is used to identify fish. He has to his credit some photos of very rare fish, from Polynesia, New Caledonia and most notably w in Reunion Island where he photographed, Apolemichthys guezei, which had only been photographed once in its natural environment in 1974. 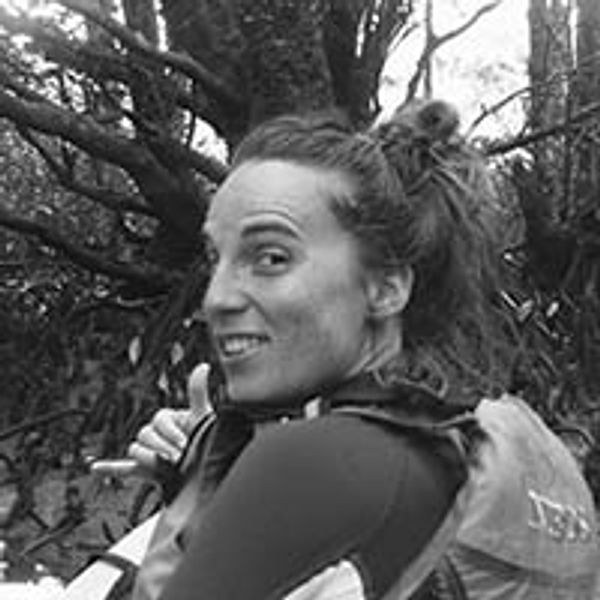 Vice-president of DEEP BLUE EXPLORATION, Doctor in coral reef ecology, her work focuses on understanding the adaptation strategies of shallow and / or mesophotic corals in the face of climate change and human pressures, mainly through the dynamics and the functional interactions of the organisms constituting the complex “coral guild” system (coral + zooxanthellae symbiotic algae + bacteria + exosymbiotic crustaceans). More specifically, she is currently focusing on a better understanding of the role of coral-associated microbiomes (symbiotic algae + bacteria) in their adaptation or acclimation to depth gradients. 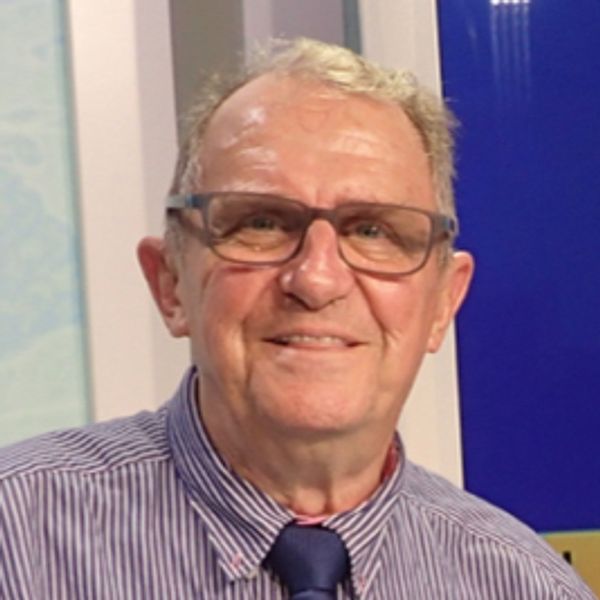 Honorary CNRS research director of the Centre d'Océanologie de Marseille (ex-COM) of the University of Aix-Marseille (AMU) and honorary president of DBE, scientific attaché of the city's Natural History Museum of Nice and a great connoisseur of the lagoon and coral reefs of Mayotte (since 1977-83), among others, he had already explored these deep slopes down to -450 m deep, with a German mission from GEOMAR in Kiel , in 1991. There is no doubt that he is "one of the least ignorant people" of the lagoon and reefs of Mayotte, as he defines himself. 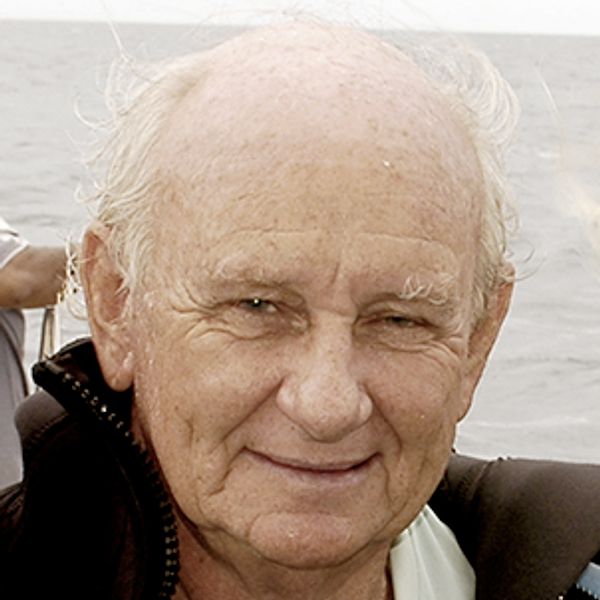 Oceanographer Biologist, University Professor, Officer in the “Ordre des Palmes Academiques”, Honorary Vice-President of DBE, Michel is an expert in the field of coral reefs, which he has studied for over fifty years. He began his research career with pioneering work on the coral populations of the Grand Reef of Tulear, southwest of Madagascar. He was then the scientific manager of several research teams, having operated in most of the reef areas of Indo-Pacific, Red Sea, Indian Ocean (Mascarenes, Comoros, Maldives and seas surrounding Arabia) and the Pacific Ocean. He worked for more than 25 years in Australia, first as a Professor at James Cook University, in Townsville, then as Deputy Director of the Australian Institute of Marine Science, also in Townsville. In the last decade, he has extended his skills to the study of mesophotic coral environments and ecosystems, in collaboration with teams from Australia, France, Israel and Japan. He has published over 160 scientific articles in international scientific journals. He is co-author, among others, of 7 volumes on the corals of the Great Barrier, Gulf of Aden, and Moorea (French Polynesia) as well as co-editor of 3 volumes on various aspects of the study of coral reefs. He was a member of the Council of the International Society for Coral Reefs, of the Scientific Council of the Oceanographic Institute (Fondation Albert Ier de Monaco), President of the French Association for Coral Reefs and is a member of the group of corals specialists within the Species Survival Commission of the International Union for the Conservation of Nature. He currently lives in Australia where he is a Research Associate at the Museum of Tropical Queensland and is a consultant in tropical marine environment. 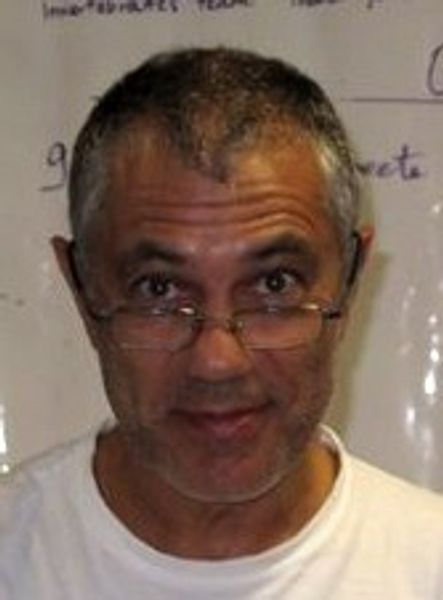 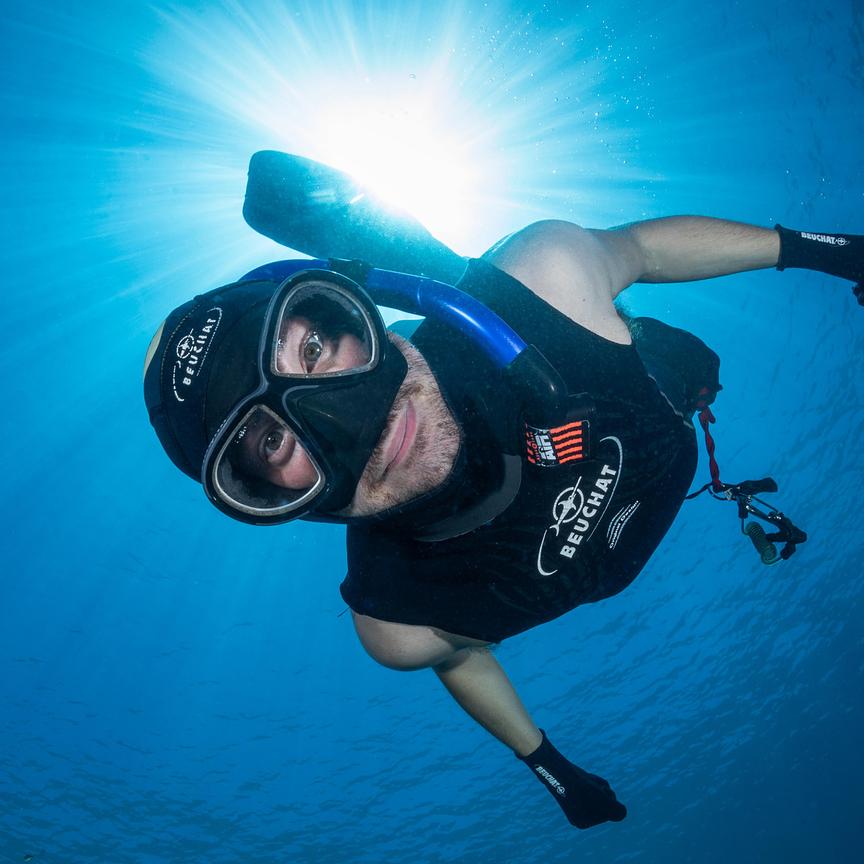 Doctor in ecology and associate researcher at the National Museum of Natural History (MNHN). Diver, photographer and naturalist, he is a taxonomic expert with the MNHN, the IUCN and the Scientific Council of the Mayotte Marine Park, as well as a former teacher in marine biology at the CUFR of Dembéni. His research focuses on echinoderms (sea urchins, sea stars and sea cucumbers, brittle stars and crinoids), and he is the author of the Mayotte echinoderm inventory. 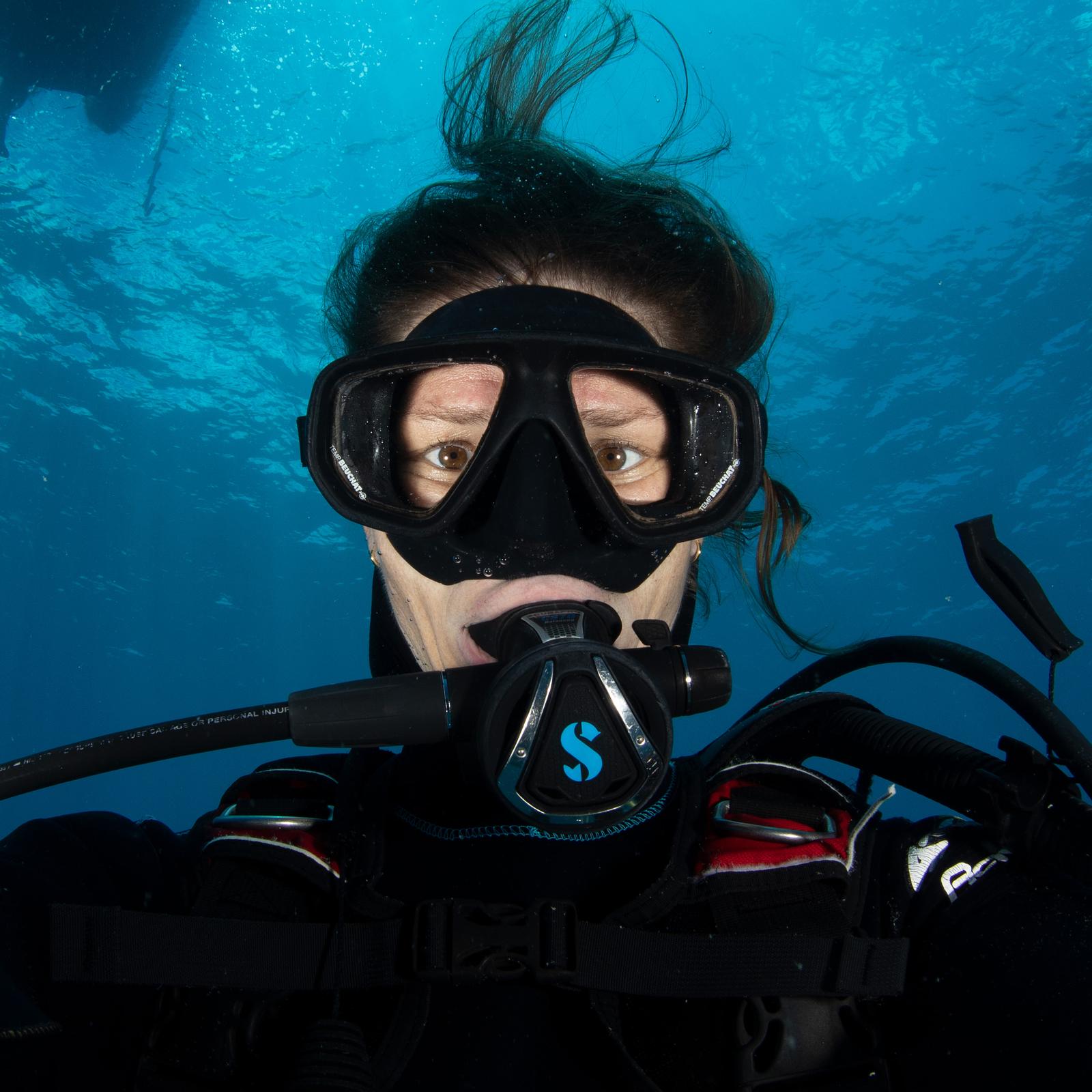 Fisheries Engineer in the Pacific Community. Interested in reef ecology and coastal fisheries, Pauline is also an amateur photographer diver who beyond her passion for nudibranchs is also interested in the taxonomy of corals. 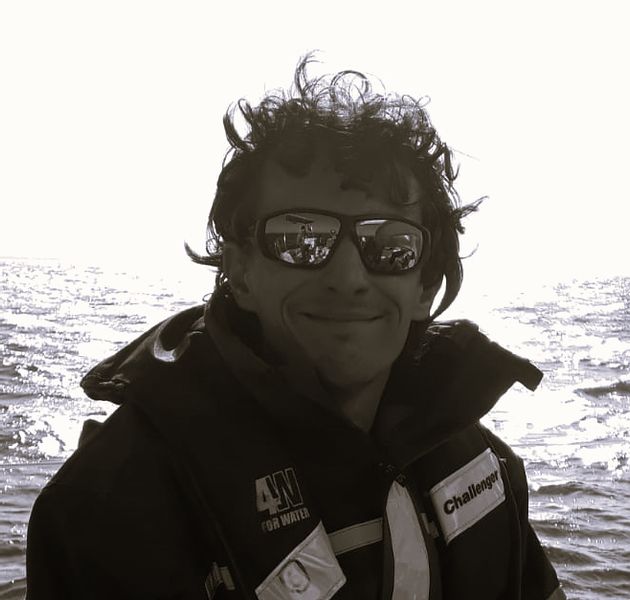