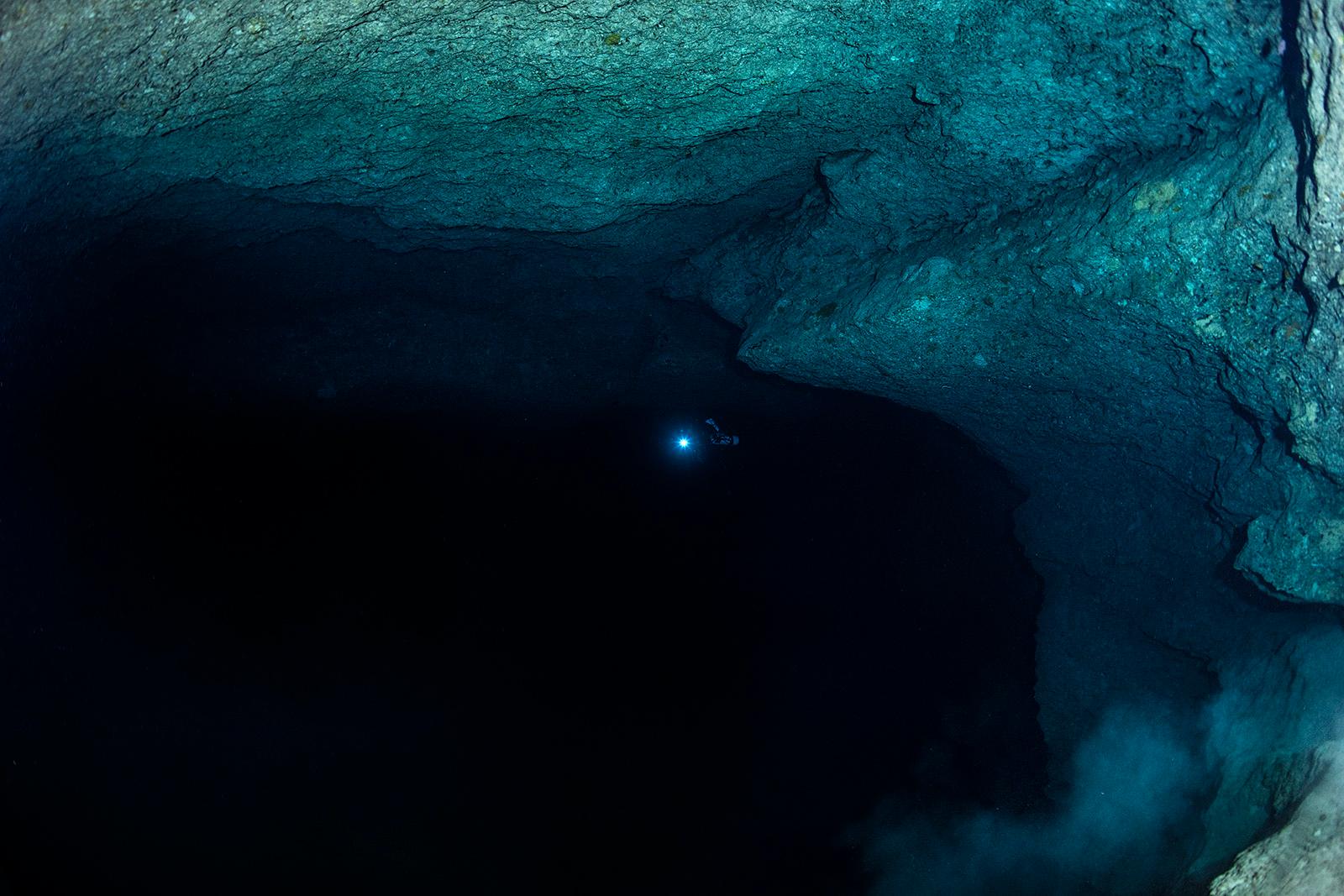 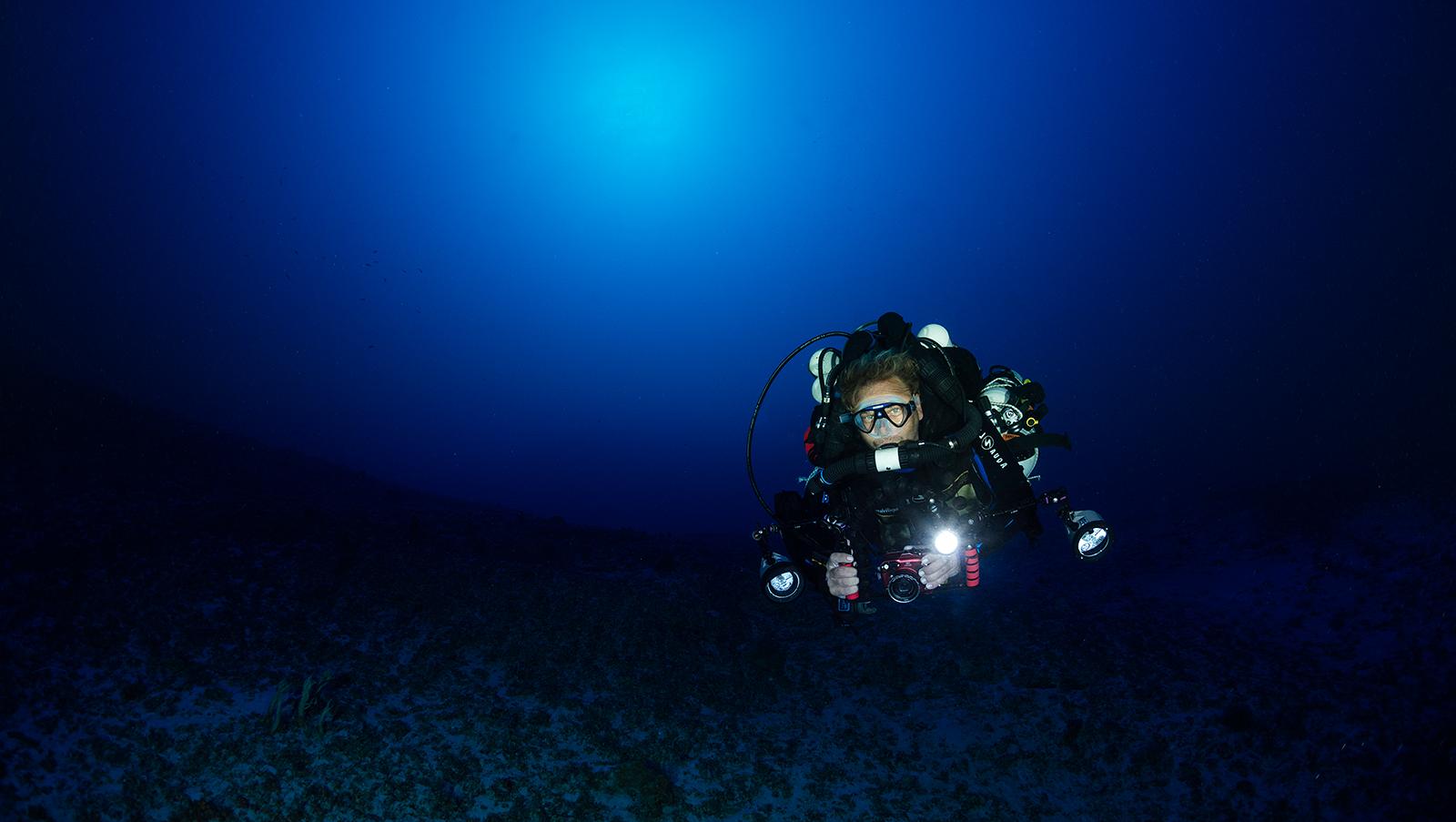 Exploration in the proper sense of the word is deeply rooted in the philosophy of DEEP BLUE EXPLORATION. The mesophotic zone (50m to 150m deep) of the outer slope of the reefs of Mayotte is practically unknown to date. Of the 160 km of barrier reef that surround one of the largest and most beautiful lagoon in the world, we have only been able to explore less than 1%. But we have already been able to highlight a few specific points that have boosted our curiosity and attracted the attention of scientists. One of the main goals of the association is to answer the question: what is hidden in the 99% of the unexplored barrier?

Humans have always explored their environment. This thirst for discovery is fueled by vital needs but also by the desire to understand and discover one's own universe.

One could think that today only a few rare areas on our planet remain unexplored by humans. Yet, specific areas remain largely unknown and unexplored. You are probably thinking of the depths of the abyss, of the steepest ridges on high mountains, of the most remote corners of the poles?

In reality, these unexplored areas are much closer than you might think! 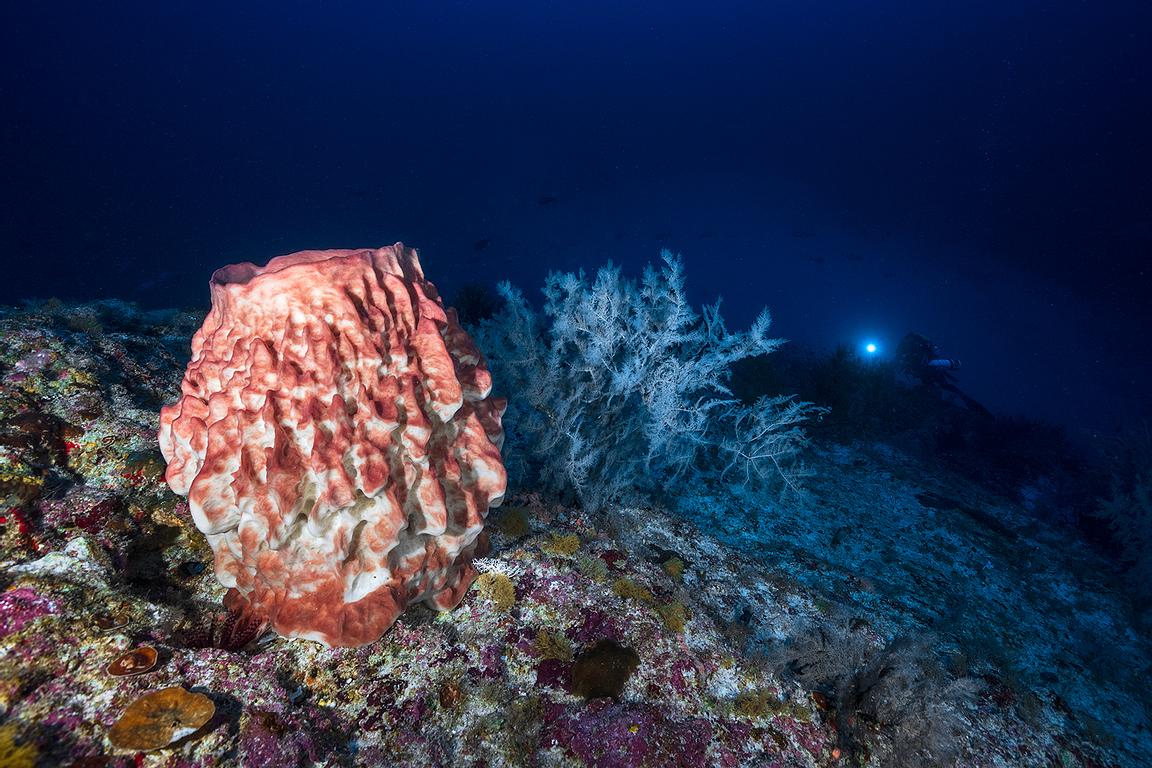 Dozens of meters below the surface of the oceans, sunlight struggles to travel through the water column. Only a tiny fraction of the wavelengths of the light spectrum reaches below 60 meters.

The pressure at this depth begins to be such that divers are forced to breathe special gas mixtures. This is the limit of recreational diving and only the beginning of what is called the TWILIGHT ZONE. 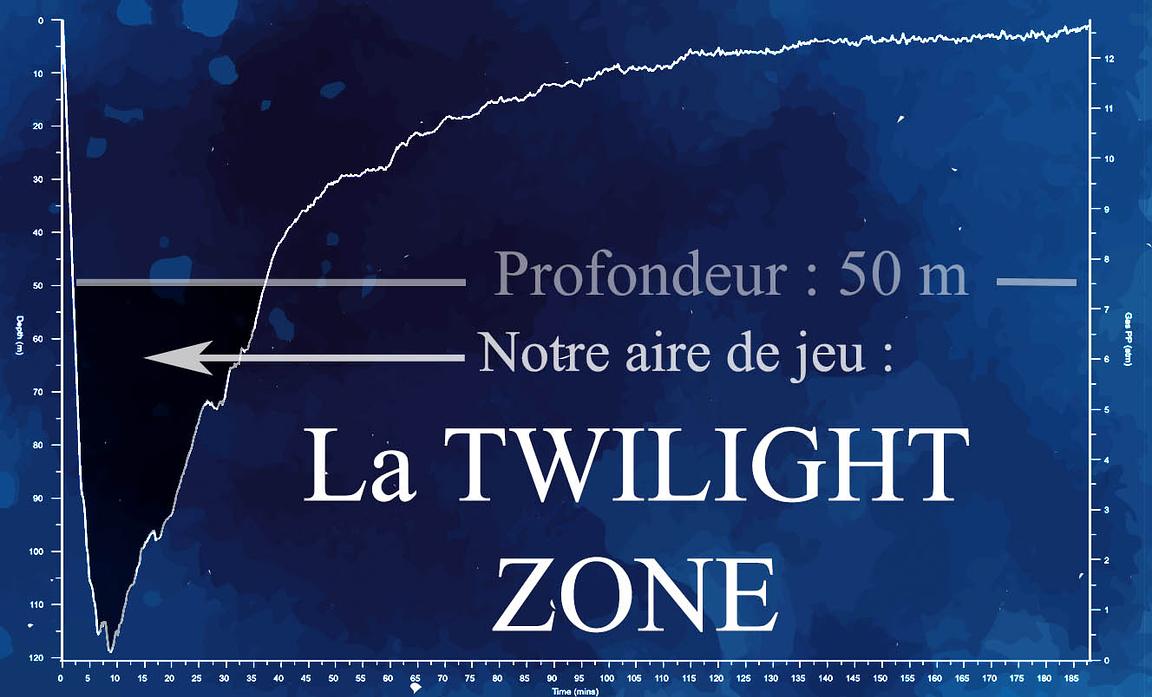 The vision of the coral reef, associated with a wide variety of colorful organisms, living in clear, warm and shallow waters, is in fact only the tip of an iceberg, mainly from the surface at a depth of 30 m. Diving beyond this limit into the unknown of mesophotic coral populations is much more than a simple immersion, it is above all a desire for exploration and discovery!

This quest is a journey into a virgin universe full of hidden colors and an oasis of unique, almost unexplored biodiversity. It is urgent to gain a better understanding and better knowledge of this ecosystem in order to understand the ecological challenges of its conservation. 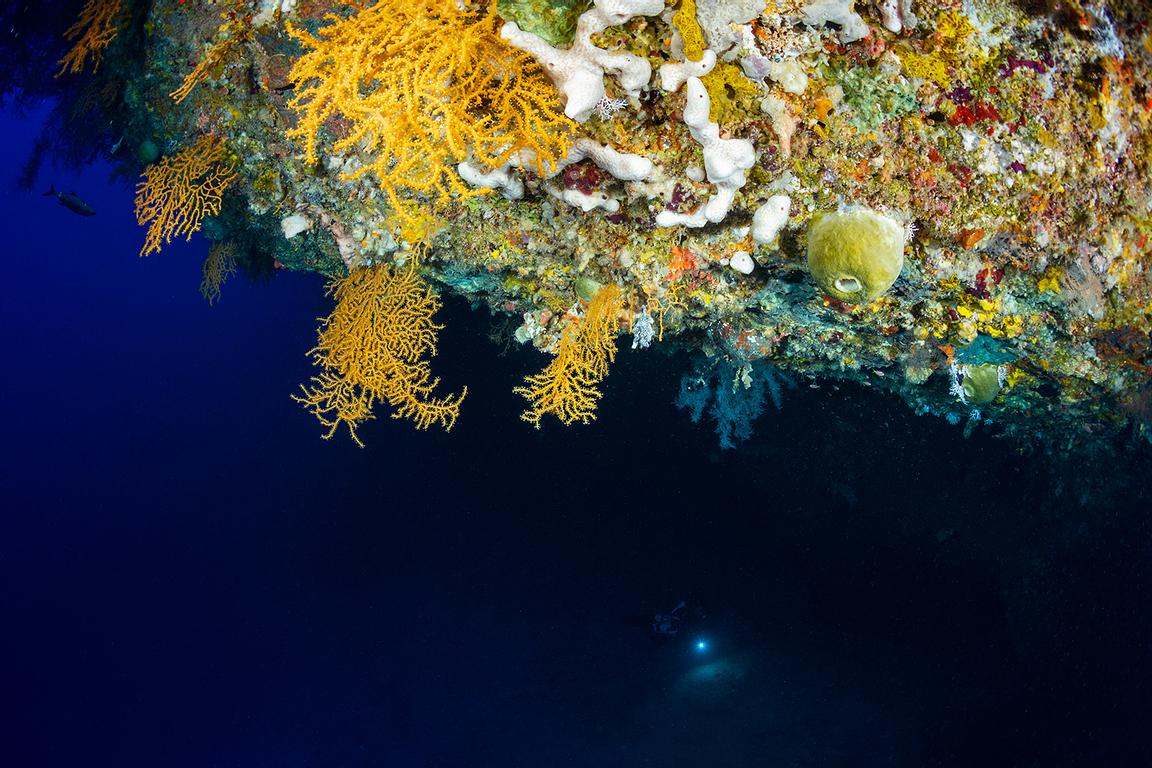 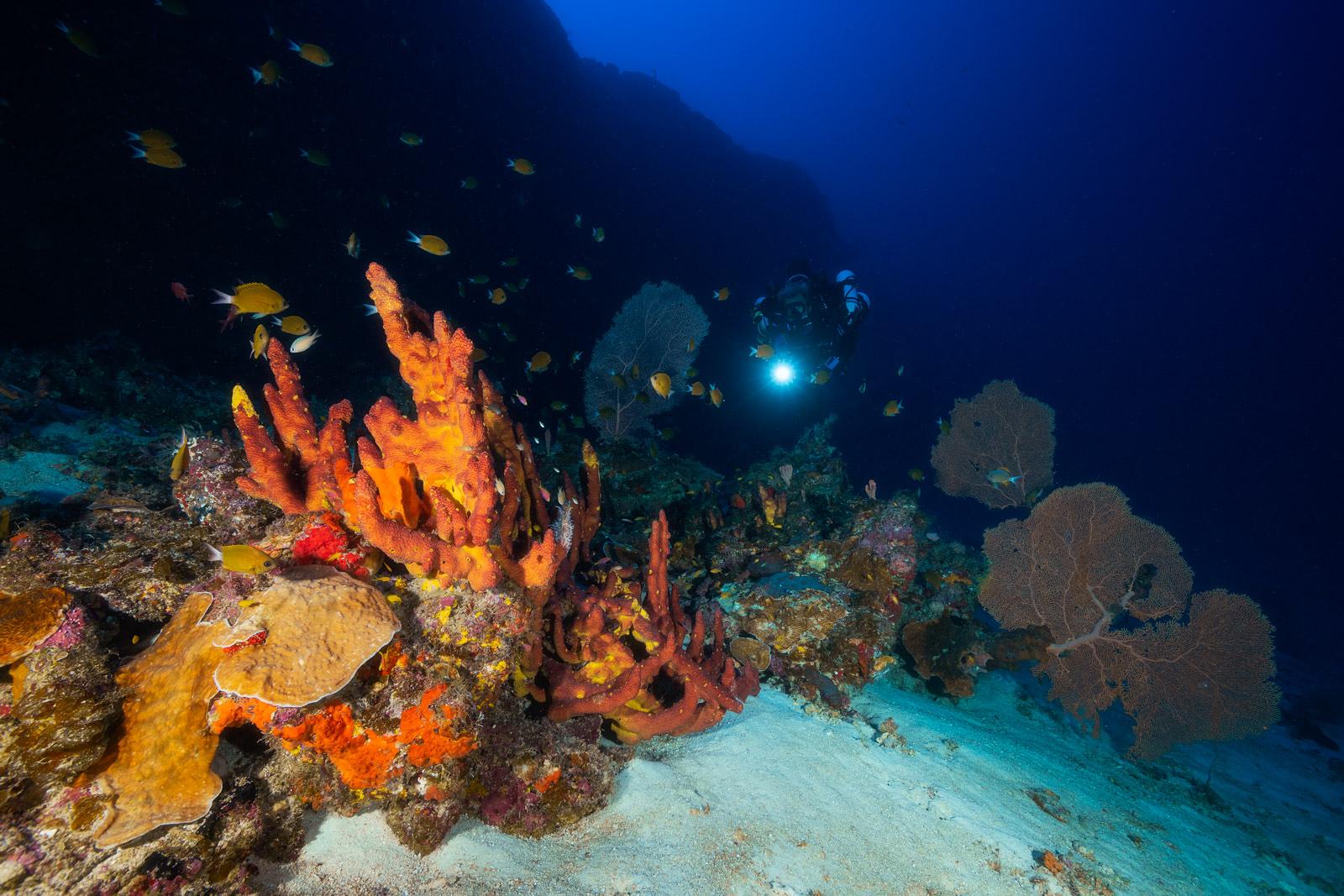 ECMs have recently generated a growing interest within the scientific community because they are considered as areas that could serve as a refuge and nursery for different animal and plant species living in shallow reefs, which are increasingly degraded due to human impacts and the effects of global changes. 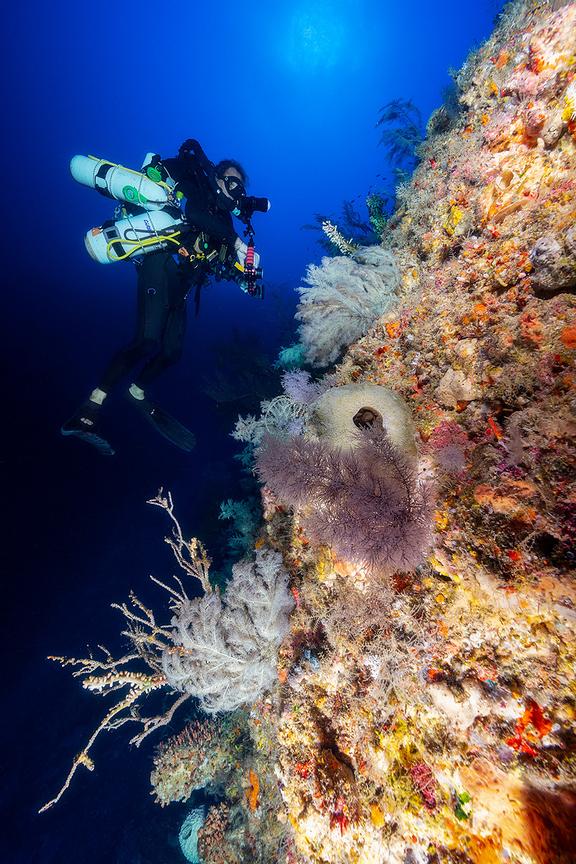 Only 1% of the mesophotic zone has been explored to date in Mayotte.

Located deeper than heavily threatened surface reefs, ECMs might be less impacted by the effects of climate change (with a lower rate of coral bleaching at depth) and various human pressures (pollution, overfishing). These areas could therefore represent a “liferaft” for species usually found in shallow reefs.

However, the lack of knowledge and the few studies currently conducted on ECMs do not yet allow to confirm this hypothesis.

Answering this question is a crucial issue for the preservation and safeguarding of coral reefs all over the planet. This is one of the main motivations that drives and guides DBE's participatory science strategy and research! 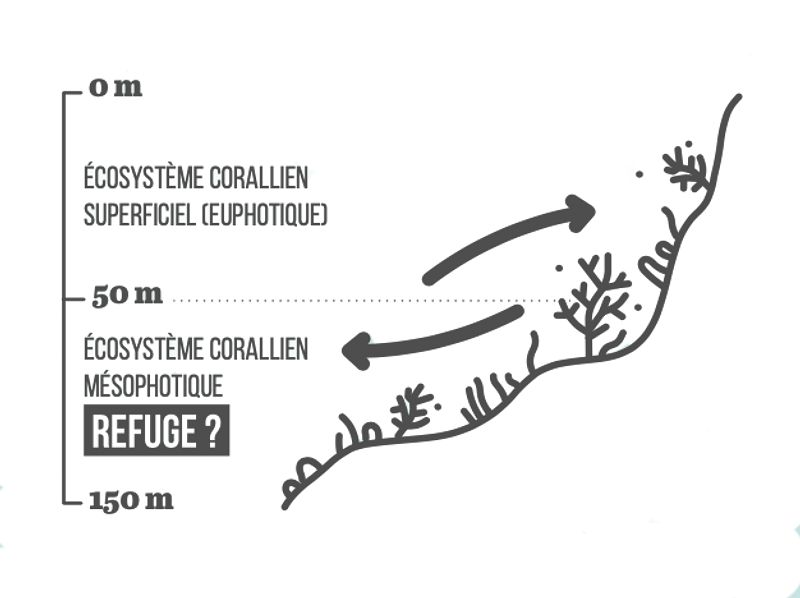 Underwater caves are numerous in the mesophotic zone of Mayotte. Their entrance being more than 70 meters deep, they are a vestige and a testament to the distant past of the island. They were formed several millennia ago, when the sea level was about 100 meters below the current level. It was with the onset of the Halocene, the current interglacial period, that they were swallowed up. 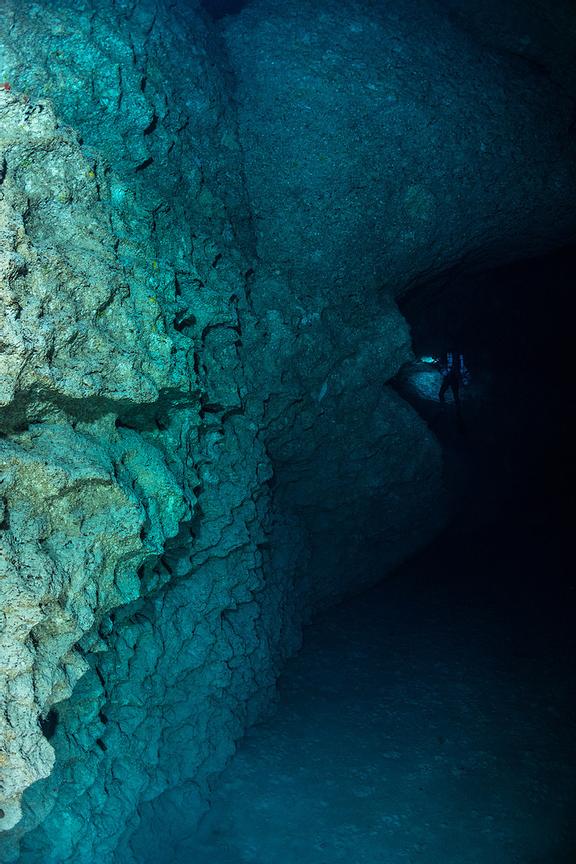 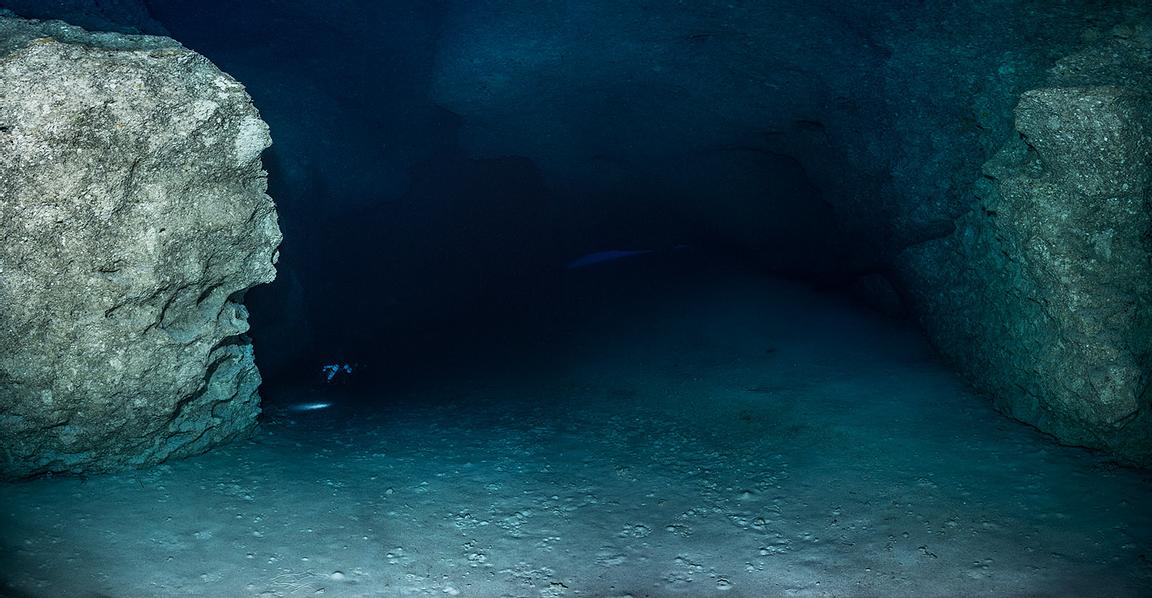